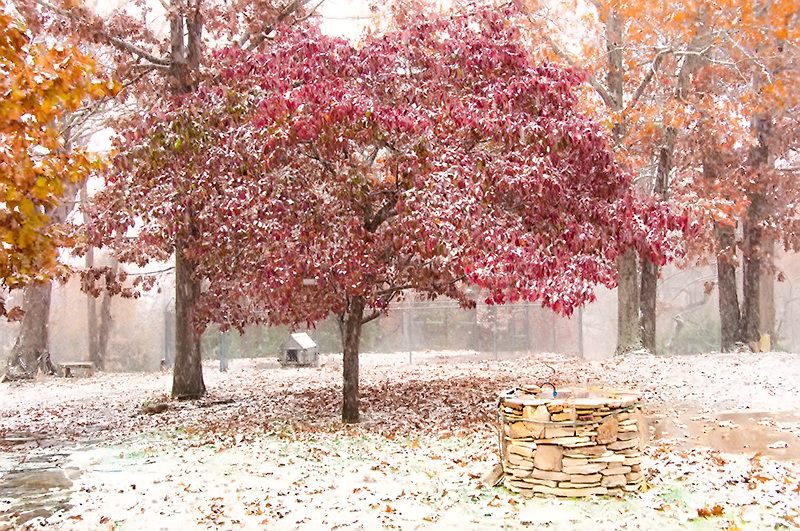 We were hardly ready for the cold that arrived Sunday,
and the dusting of snow seemed strange while leaves were still on the trees.
Monday morning, before dawn, long ribbons of geese made their way south over the distant hills.
At night, we could hear them overhead complaining about the weather. 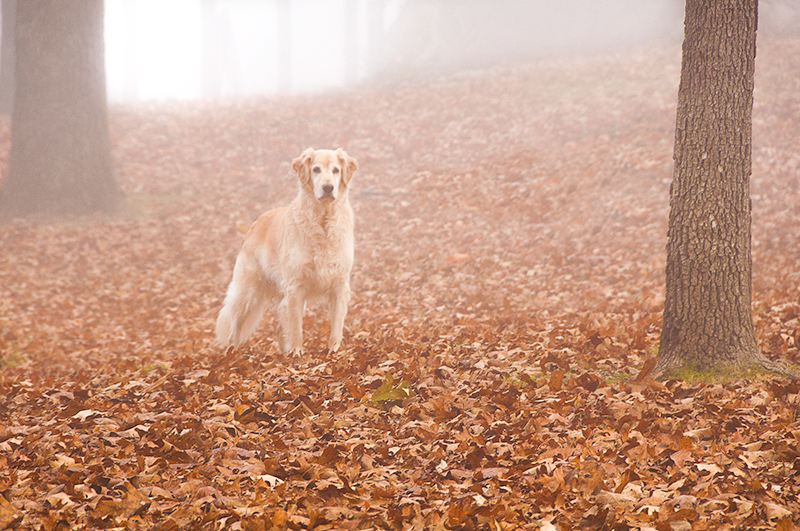 Despite what the thermometer says, it is still autumn,
and I'd hate to let the season get by without Barley weighing in on it. 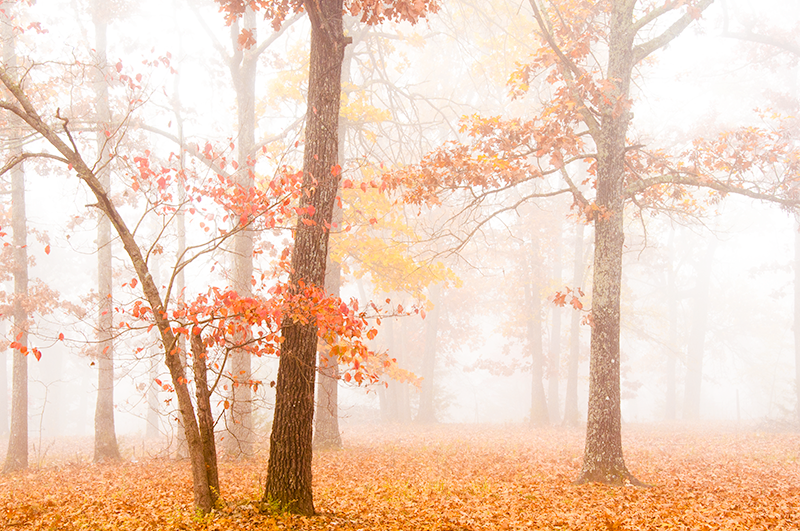 He loves foggy mornings when the world is quiet except for the crunch of leaves underfoot. 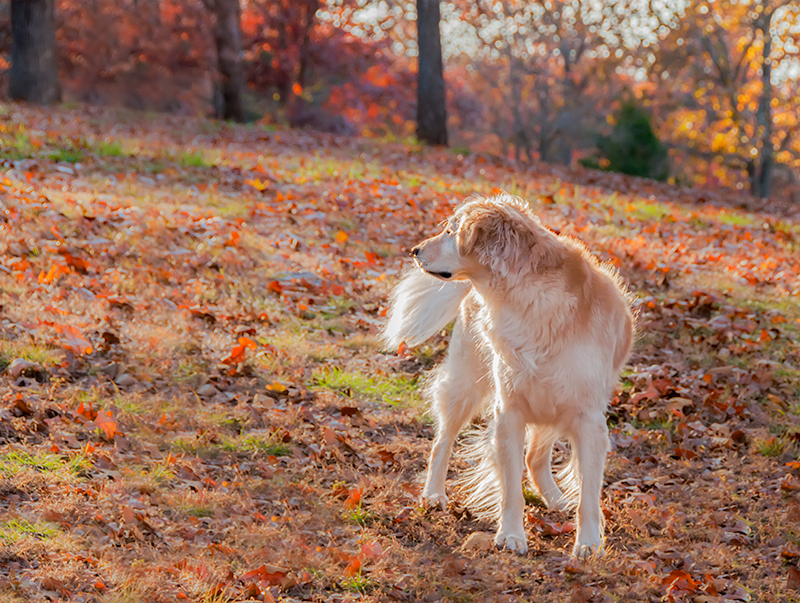 He loves the fresh, clear air, and the late afternoon sun on his coat,
and living in a world of orange. 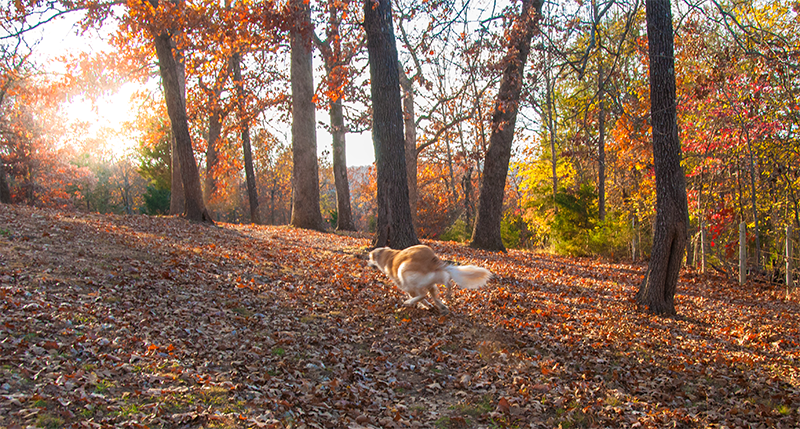 He loves being a blur of motion as he races over the ground in broad circles,
scattering bright colors in his wake.

Barley loves winter, too, but he's not ready to let go of autumn just yet.

And for that matter, neither am I.

Linking with Saturday's Critters
and Our World Tuesday