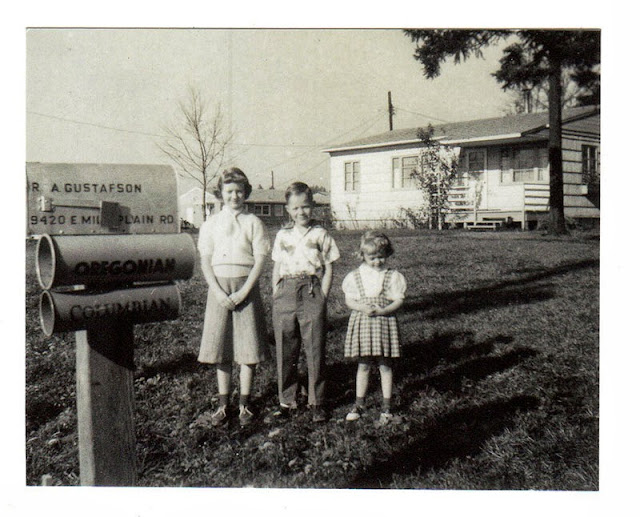 The house where I spent six of my early years was in the Heights district of Vancouver, Washington, in a neighborhood of cracker-box houses built after WWII.  The gray shingled house had a front porch, a kitchen, living room and three small bedrooms.  The bare lightbulb that lit the hall was turned on by means of a pull chain, and, under the direction of my father, we were scrupulously frugal about its use. 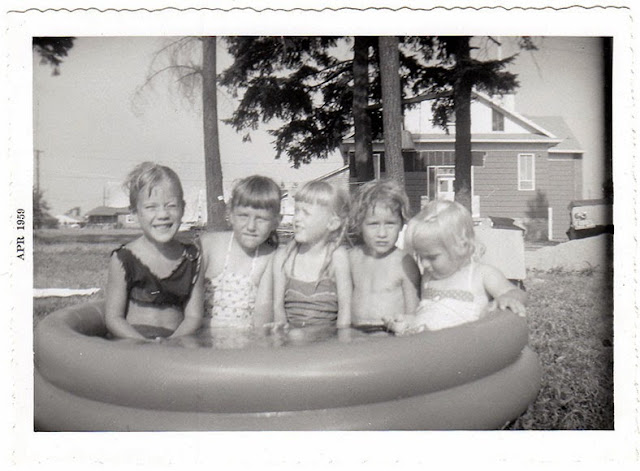 My dad was a pastor, and we lived on a three acre lot that included the church and a ball field where the older boys would play.  We moved away from there when I was ten, and there are only a few grainy black and whites to remind me of that time.  There are some memories, however, that don't need the aid of film.

There was the Columbus Day storm in 1962.  Hurricane force winds shook the house that night, and when the electricity went out, we huddled around a single candle in the living room.  At one point, Dad went outside to shut the garage door. We watched from the window as my strong father struggled against the wind, and wondered if he would make it back.  The next day the neighborhood boys built a fantastic fort from the cedar branches that littered the yard.  It smelled like heaven. 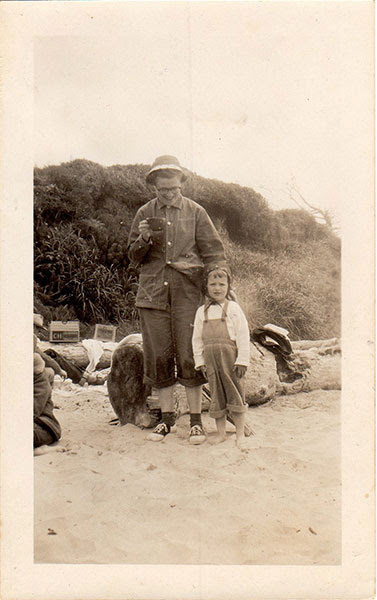 I remember the first time I got up on a bicycle,

and the soft landings on our neighbor's thick grass.

and my brother's Little League games,

and my favorite thing--trips to the beach.

When Dad's bright yellow Chevy came home from the dealer one evening, I got to stay up late to see it, walking outside in my footed pajamas. 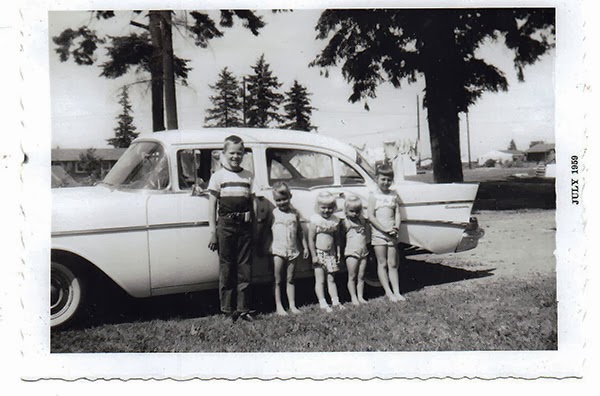 But none of the memories stand out like the Sunday night that changed my life.

As preacher's kids, my older brother and sister and I were in church whenever the doors were open, and that night was no exception.  I don't remember what the sermon was about, but I do remember that I was sitting in the back, and at the end of the service, when our heads were bowed for prayer, my Dad asked for anyone who wanted to become a Christian, to raise their hands.  I felt no outward coercion to do so, but in my spirit, I had become aware of a need.  So from my place in the back pew, I slipped my hand into the air.

The small congregation at the church was like my extended family, and I was accustomed to talking with everyone on the way out of church, but that night, I slipped out first and walked home quietly, gazing at the stars overhead.  I had a lot on my mind.  I was afraid, for the first time, that if I died that night, I wouldn't go to heaven.  I realized then, that I couldn't just rely on my family's faith, or that of my church, this faith had to be personal, my own faith in Jesus.

When Mom and Dad got home, they took me into their bedroom, and we talked.  They began by explaining to me in terms that a child could understand, that God sent His son, Jesus into the world as a little baby.  When Jesus died on the cross, He died for the whole world, and that meant He died for me, too, and He took on Himself the punishment that I deserved for every wrong I had ever done.  Then He raised from the dead and went to heaven, and His Spirit lives with those who trust Him.

God was offering to forgive me, to make me His child, and give me a future home in heaven, all as a gift.  All I had to do was to accept it.  They said it was just like opening up the door of your heart and asking Jesus in.


Behold, I stand at the door and knock;
if anyone hears My voice and opens the door,
I will come in to him and will dine with him,
and he with Me.

That night, I knelt by the bedside with Mom and Dad and opened my heart to Jesus.  And He came in.  At that moment, the fear left, and joy came flooding in.

I told my brother and sister, and in our small living room, there was an impromptu concert, spilling out of a heart that couldn't contain the joy.  My family sat on the couch, and I sang the songs I knew: Jesus Loves Me, Jesus Loves the Little Children, This Little Light of Mine.


That was a long time ago, but it's the clearest memory of my childhood, and I know it was real and it was the beginning of my journey of faith.  There have been failures and stumbles since then, and there is not a day that I am not grateful for God's amazing grace.

Over the years, I've heard stories from many people about the beginning of their faith, and no two stories are alike.  Some, like me, were young when they first believed, and some are old.  Some stories are dramatic, and some as quiet as an old man calling out to God with his head bowed over the steering wheel of his pickup.  But all these stories have one thing in common: when Jesus comes in, everything changes.

...If anyone is in Christ,
he is a new creation;
The old is gone,
the new has come! 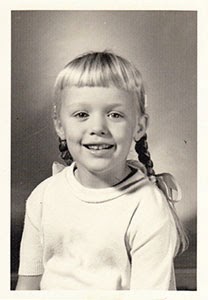 Some may complicate the message,

but I'll be forever grateful

that God made it simple enough

that even a little child

in a cracker-box house in Vancouver, Washington