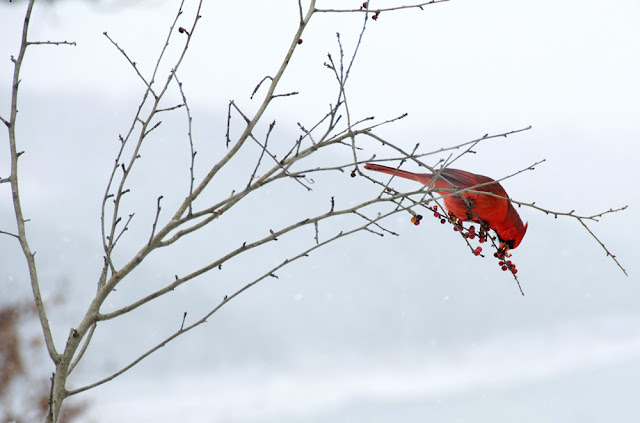 A light snow covered the ground yesterday when we got up, and it continued all morning. I stayed in the house, working and watching the birds, and probably would have been content to do so all day had it not been for Barley's sad eyes, silently beseeching me to go for a walk.

By mid afternoon, the snow had stopped and I bundled up and headed outside with Barley, who ran circles in the snow and cavorted like a puppy, before joining me on the path to the hollow. 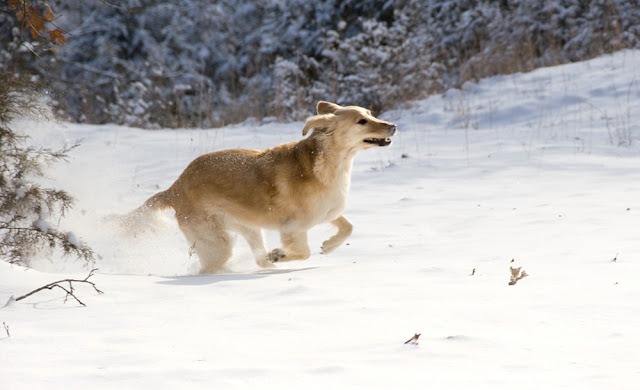 It's easy to think we have these trails to ourselves, since all the animals usually scatter before we approach, but one walk in the snow dispels that notion.  On such days, Barley's nose is constantly following tracks.  Deer had been this way, squirrel tracks wound through the woods, and wild birds had left their footprints in abundance.

With snow weighing down my boots, our trek took longer than usual.  On the way back, the wind had picked up, and the sun peeked out of the clouds briefly, lighting the blowing snow with a blizzard of sparkles. 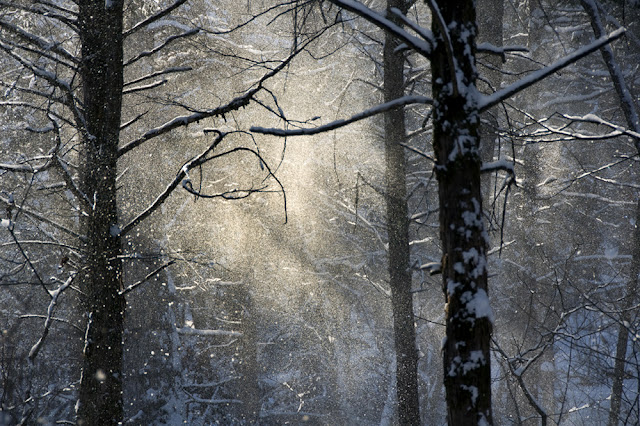 From inside the windows, I would have missed the magic, the exhilaration of the sharp cold air, the squeak of soft snow underfoot, and the pure joy of one dog.

What was I thinking?