Yesterday was balmy,
and checking on my absent neighbor's dogs was a good excuse to get outside.
The sun warmed my face as I sat on a stump and stroked Corby's hair,
while high above us vultures traced lazy circles in the sky.
When a gust of wind sent leaves crashing to the ground,
pint-sized Jazz barked at them. 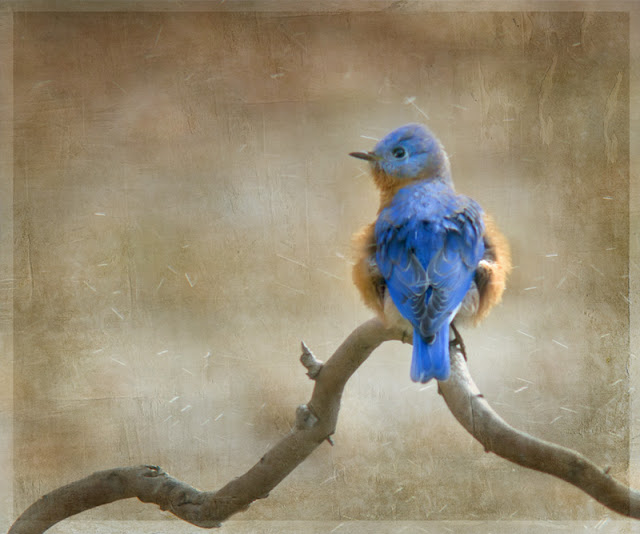 At home, bluebirds made an appearance, 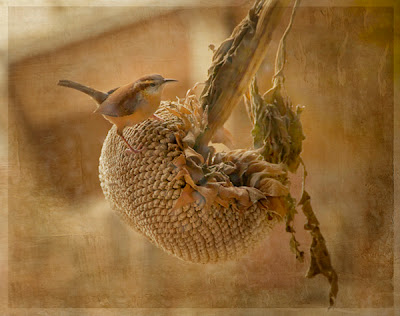 and 2 Carolina Wrens fluttered around the dried sunflower
that was hanging under the eves.
I imagine they were not as interested in a food source as a future nesting site,
since they've been checking out a basket on the porch, too.

In the afternoon, there was laughter in the kitchen as a friend and I peeled apples,
trying to peel one in a long spiraling strip, like Mom used to do with her sisters.
Later, the aroma of apple pie filled the room as we enjoyed dinner with friends.

Warm sun, dog kisses, friends around the table--an ordinary day?
Not exactly.
But then really, is there any such thing?

Your comments mean a lot to me. Thanks!

Newer Post Older Post Home
Subscribe to: Post Comments (Atom)
For me, life is fairly simple: love God, love your neighbor, do your art. As a Christian, my first priority is loving God,
and I believe a part of loving Him is being grateful for what He’s given us. Here in the Ozarks, we have much to appreciate and enjoy. And so this blog attempts to do a little of this: appreciate God’s wonders, and share them with you, my neighbors.